Coquito is a traditional Puerto Rican Christmas beverage. I show you how to make it with step-by-step photos and video. This eggnog-style drink is traditionally made with rum and coconut milk, and here I bring you the traditional, authentic coquito recipe.

Why I ❤️ it • Recipe • Ingredients • Video • Preparation 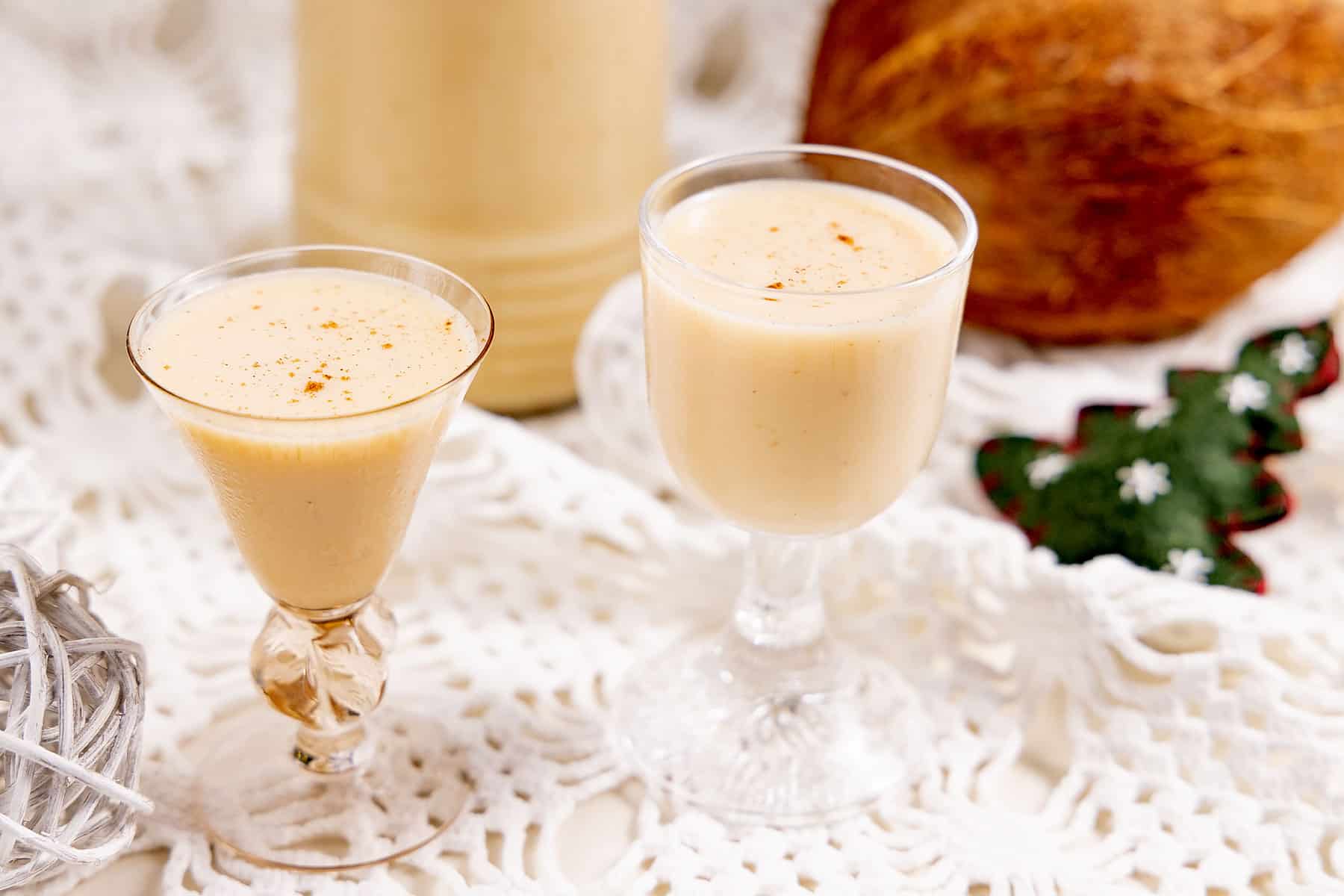 Alongside mofongo and piña colada, coquito is part of the trilogy of Puerto Rican dishes I can't live without. Ponche crema or rum eggnog is a traditional Christmas drink around Latin America, but coquito is a Puerto Rican eggnog that has tropical flavors we can't help but love.

This coconut eggnog recipe, the official Puerto Rican Christmas drink, is based on and inspired by the Puerto Rican coquito from the book Puerto Rican Cookery by Carmen Ahoy Valldejuli. A must-have for anyone who wishes to learn about the cuisine of Puerto Rico. It has the best coquito recipe I have ever tried: simple and with just a handful of ingredients, a no-fuzz method, and a rich and smooth coconut flavor.

This awesome free recipe contains Amazon affiliate links, I receive a small commission from any purchase you make at no extra cost to you. Thanks!

Before starting, please make sure you have all the ingredients and utensils ready.

In a large bowl, combine coconut milk, condensed milk, egg yolks, and rum. With the wire whisk, break the yolks and stir until it's all combined.

Sieve the mixture into the saucepan to discard undissolved solids.

Take to the stove and heat to low temperature, stirring constantly until the liquid reaches a temperature of 165°F [73.89 °C] and maintain it for 10 minutes (15-20 minutes in total). It should not reach a boil because the egg yolks would overcook and ruin the texture.

Add the ground nutmeg and stir until it's combined.

Remove from the heat and stir for about 3 minutes to lower the temperature slightly. Using a funnel, pour into the clean bottle and screw the cap.

Let it cool to room temperature.

Chill in the fridge before serving (about 4 hours).

You can store it in the refrigerator for up to 4 days if it's kept chilled at all times.

This is traditionally served for Christmas, but it has also become a Thanksgiving drink for Puerto Ricans. Serve it in small shot glasses.

Shake the bottle a bit before serving, so it's uniformly smooth.

There are many versions of this holiday drink, and the preferred spices vary from home to home. Some people add cinnamon sticks while it boils, some add cloves, some add small slivers of ginger, or a teaspoon of vanilla extract, and some garnish it with a sprinkle of cinnamon powder when served. I love the simplicity of the traditional recipe, but you can try playing with it.

To make a vegan coquito, leave the egg yolks out, and mix 1½ cups of coconut milk and 1½ cups of coconut cream. Dissolve 2 teaspoons of cornstarch, add rum, and simmer, stirring until it has thickened (about 5 minutes). Garnish with cinnamon powder or ground nutmeg.

What is the best rum for coquito?

Pick your favorite white Puerto Rican rum, but any Caribbean white rum would work well. You don't need the most expensive stuff. There's plenty of good quality inexpensive rum you can use for this cocktail.

Does coquito thicken in the fridge?

Yes, the coquito will thicken in the fridge, so expect the warm coquito to be thinner than once thoroughly chilled.

Should coquito be refrigerated?

As with any dairy or egg blend, homemade coquito should be refrigerated below 40°F [4.44 °C]. It has a shell life of 3-4 days. Store-bought coquito has storage instructions on the label.

How long does homemade coquito last?

Coquito is a type of eggnog made with coconut milk. Ponche crema is the Latin American and Spanish eggnog. Coquito is Puerto Rican coconut eggnog.

This is just a printer-friendly summary; some useful details are found in the recipe above.

This site uses Akismet to reduce spam. Learn how your comment data is processed.

Hi, I'm Tía Clara! I have been a recipe developer, and recipe writer for 20+ years, and here I share my easy recipes you'll love.

The newest Most popular